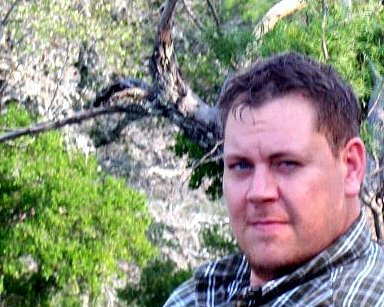 Born in Texas in 1979, Ryan Alden spent his childhood roaming the woods and creeks near the Sabine River in North Texas. Perhaps nothing in life shaped him as much as the quiet solitude of scrub oaks, cracked clay and long summer days. Ryan has spent the rest of his life in and around the city of Dallas, but that love of nature and quiet has never left his soul.
Texas schools are strong in arts and vocational training, and over the years he studied Ceramics, Sculpting, Drawing, Painting, Horticulture, Leatherworking, and Wood Turning. Ryan never considered this a foundation, but he found himself drawing on all of these experiences as he moves forward and grows as a Pipemaker.

Alden Pipes are made by hand in Rowlett Texas. The pipes are made of the finest Mediterranian Briar. Fascinated by the endless beauty of natural materials, Alden Pipes incorporate many additional materials including Horn, Antler and a wide selection of native and exotic wood.

The Alden name crossed the sea from Plymouth England in 1620. John Alden was a Ships Carpenter in England, hired to repair the Mayflower while she lay off Southampton. Hiring on as the ships Cooper, John crossed the Atlantic with the Puritans and joined them as they landed at Plymouth Rock and established the colony of Plymouth Massachusetts.
His long list of descendants include Presidents, Inventors, Artists and Writers. The actress Marilyn Monroe, the poet Henry Longfellow and the director Orson Wells all trace their heritage to the marriage of John Alden and Priscilla Mullins, and Ryan and Alden Pipes carry that name.