It was the week before Christmas and Smokers' Haven was paid a visit from Jim Westmoreland, from the Seattle Pipe Club, who just happened to be in town visiting family.  Jim brought with him to the shop his daughter Ainsley, who quickly decided that not only were pipes "cool" but were indeed simple to make.  Well, maybe not simple but certainly doable. 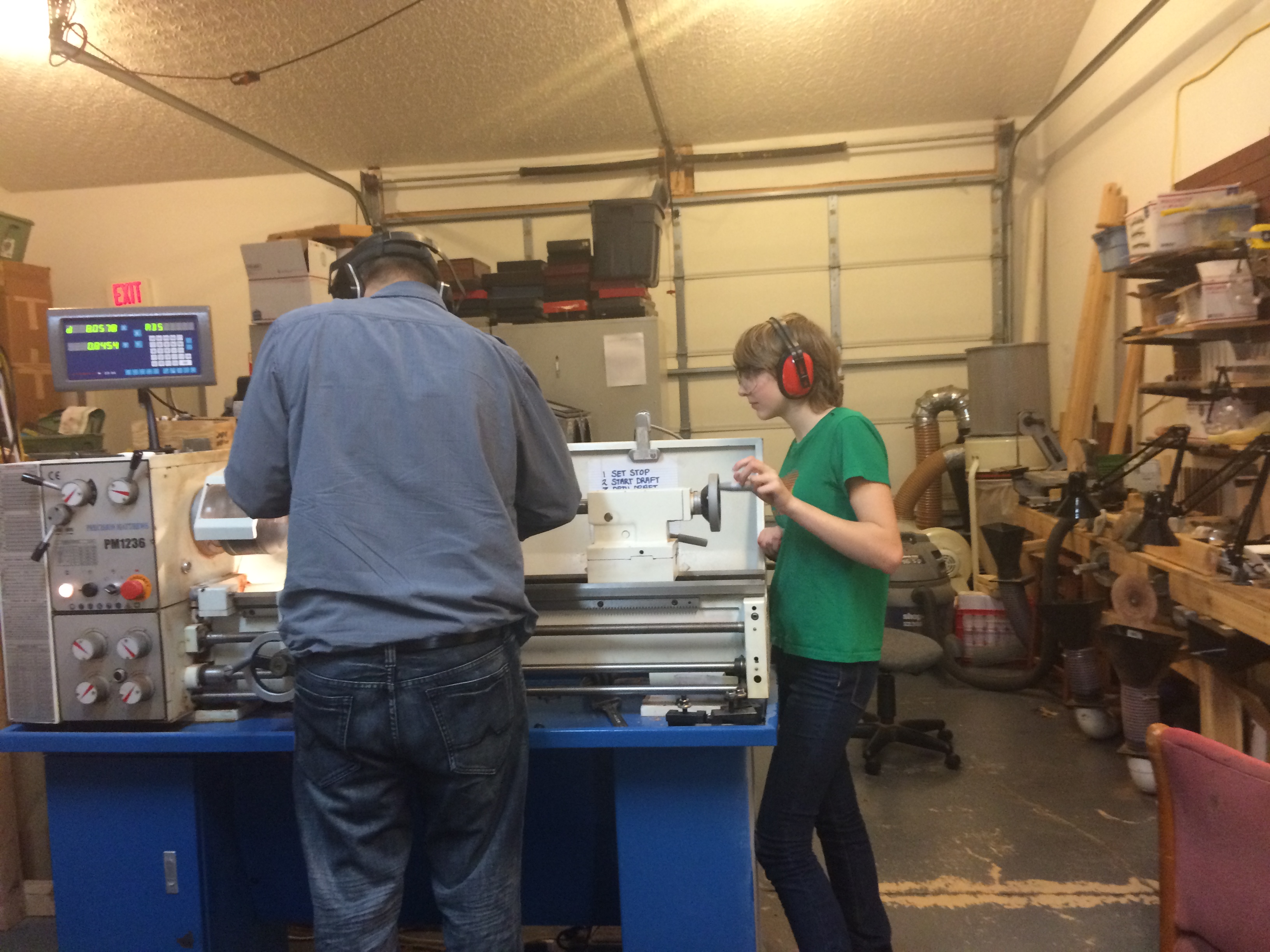 Here she is checking out Premal's skills on the lathe.  Sorry folks - we can't show the actual work due to our lawyers and something about trade secrets. 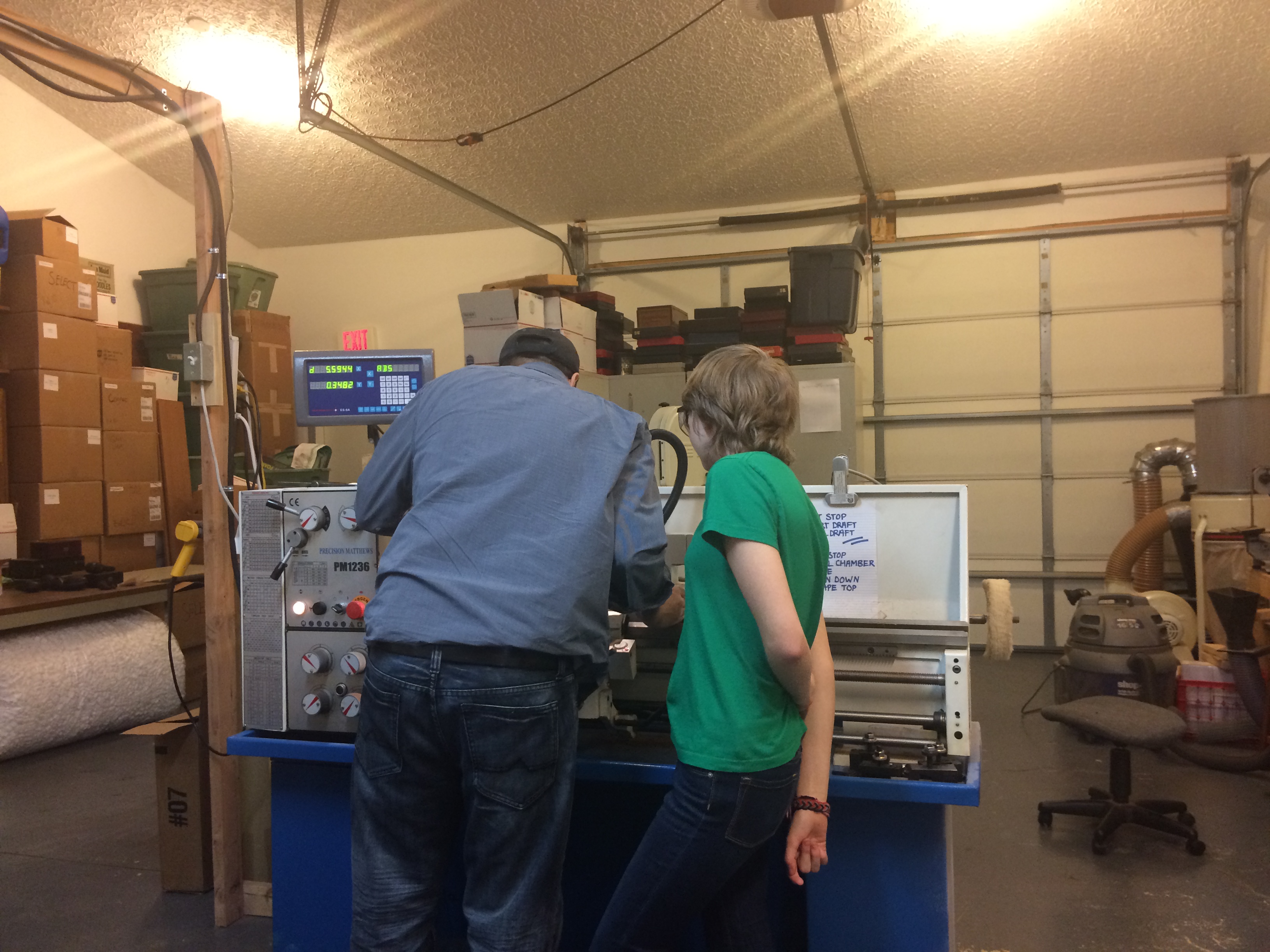 I believe her exact words were, "Really? That's all you have to do?" 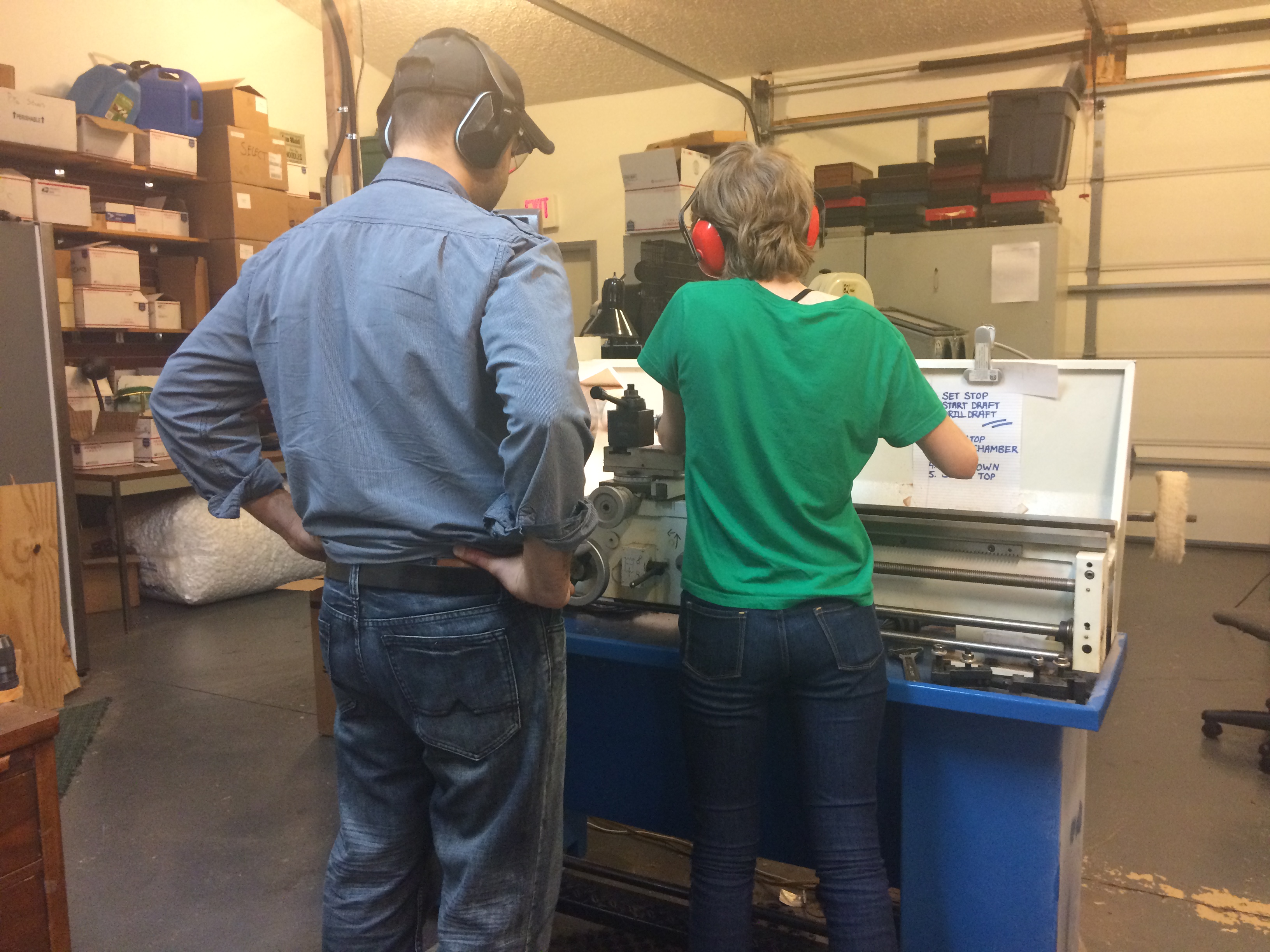 Premal gave a lot of safety instruction and technique advice but Ainsley eventually took over, like a duck to water. 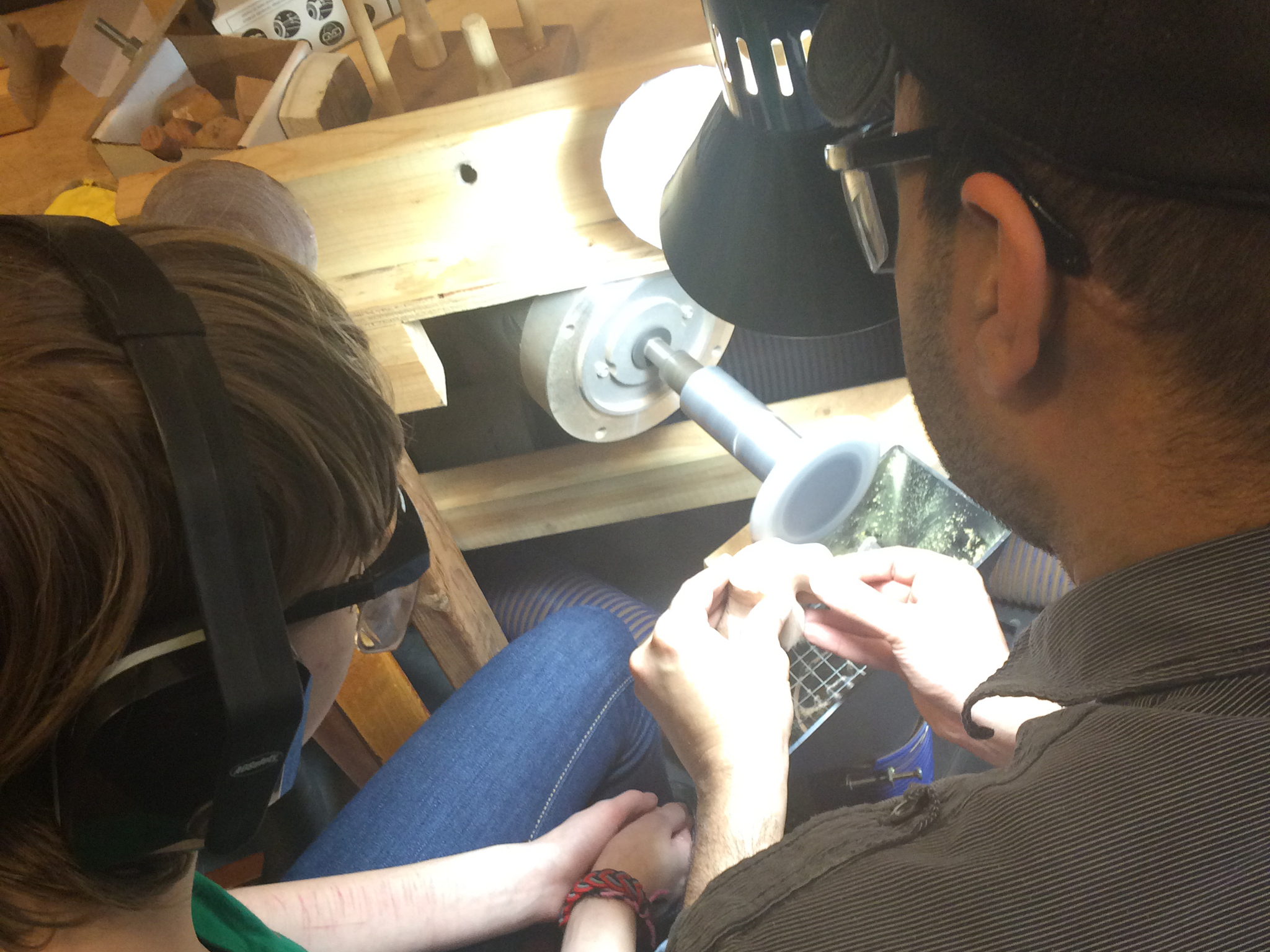 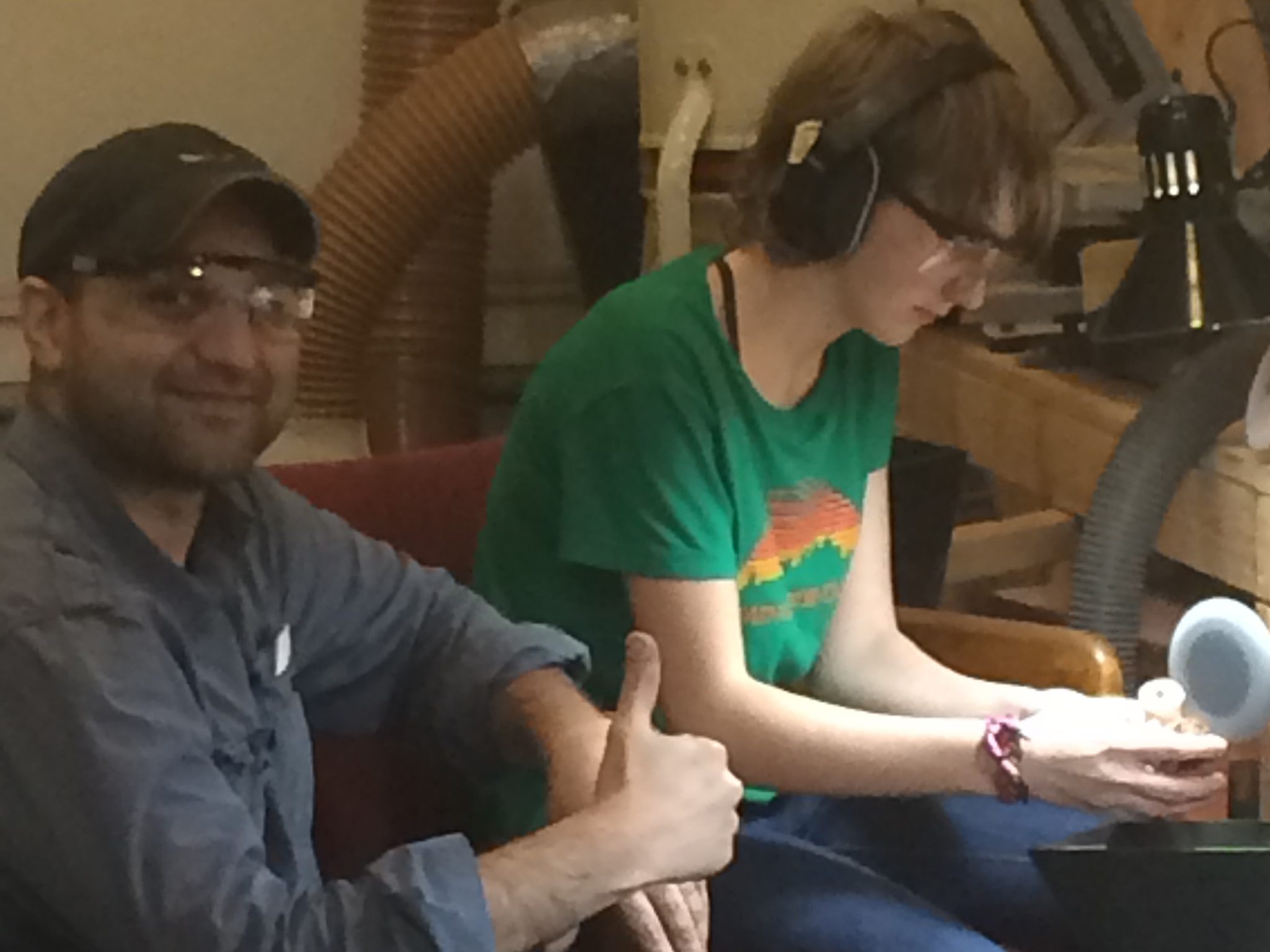 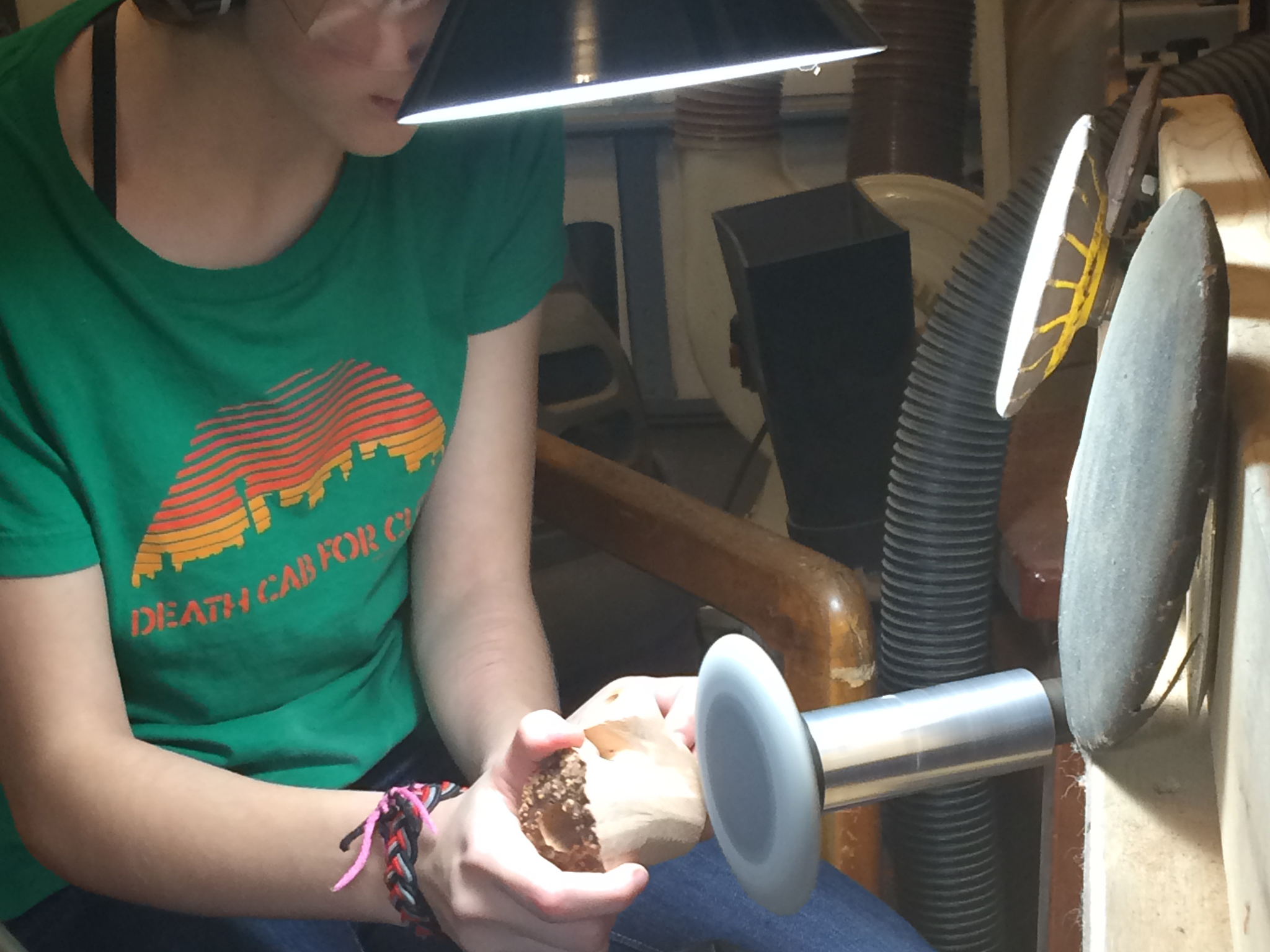 For the record, Premal stands over my shoulder when he lets me use the sandblast cabinet too. (I am not allowed near any of the equipment without supervision - according to the lawyers.) 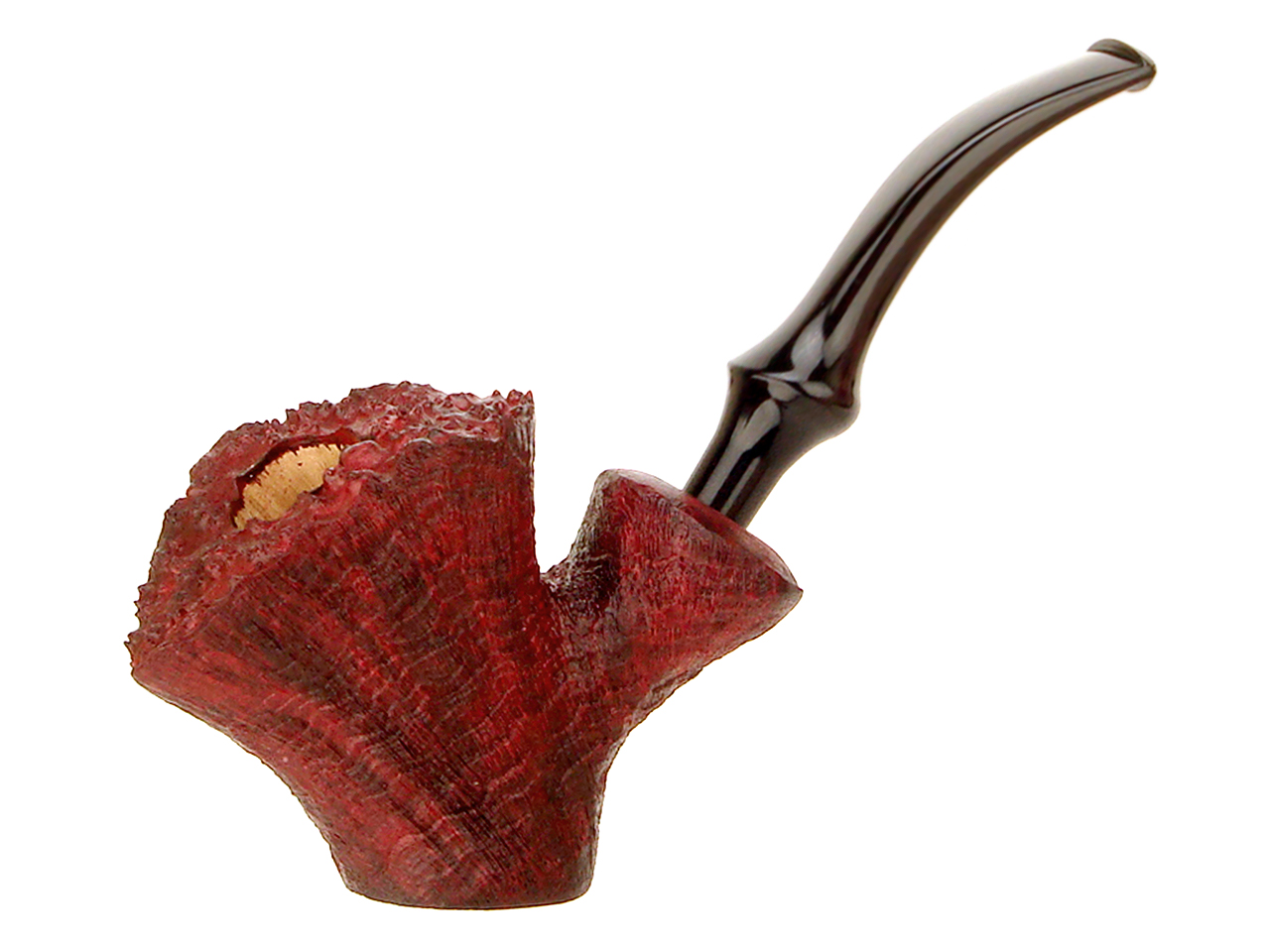 Rumor has it that next year she will be asking Santa for her own lathe.  We can't wait to see what she comes up with!

FYI - the best way to get the secrets of Pipe Makers is to ask very nicely.